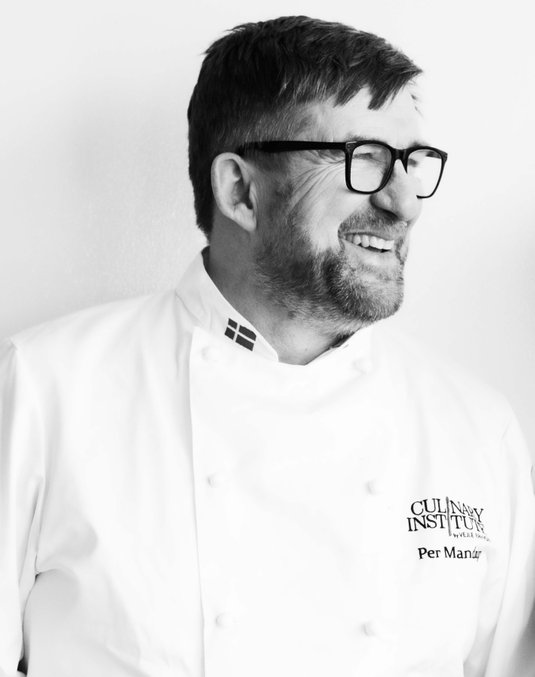 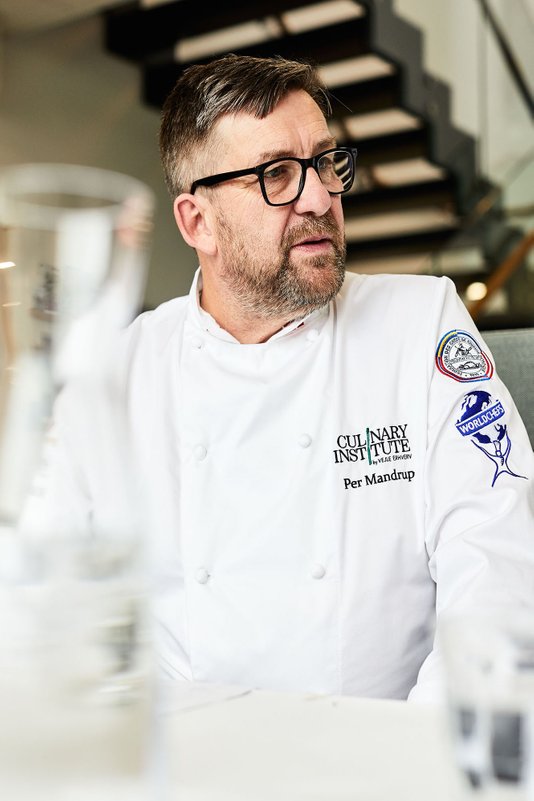 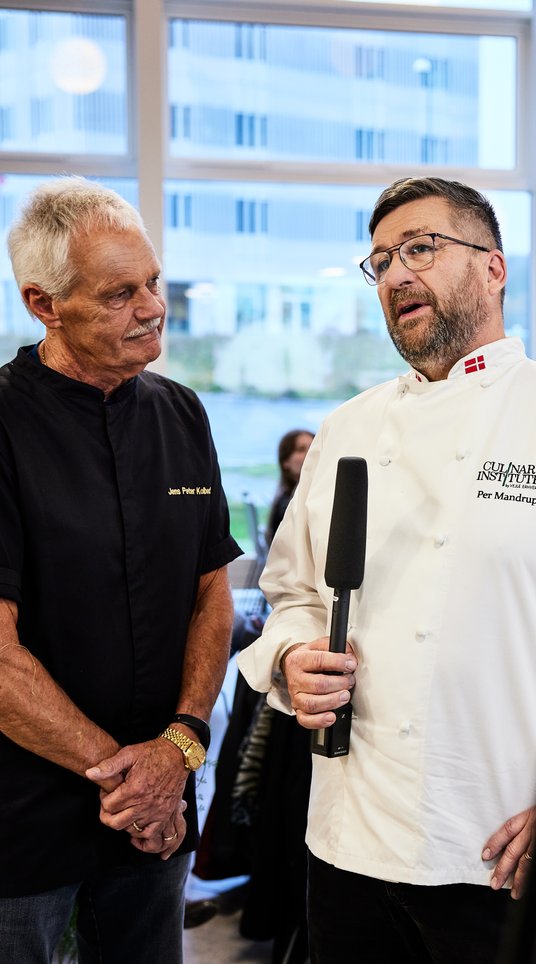 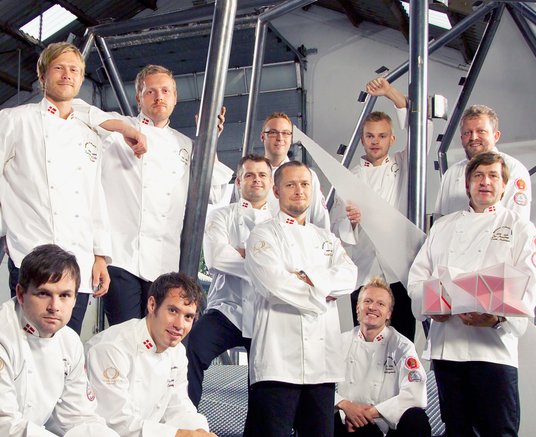 It requires a culinary master, to understand the culinary universe. Per Mandrup is the soul of Culinary Institute by VejleErhverv and has more than 40 years of experience in the restaurant and food industry.

In addition to his chef and waiter apprenticeship, Per also has an education in social education and management. From 1998 to 1994 he was the owner of the Michelin restaurant, Les Etoiles – et Une Rose, in Copenhagen. At that time, only four other Danish restaurants had a Michelin star, which says a lot about the high, gastronomic level, that Per operates at. In 1997, changes were made and Per got the tittle as head of education, at Aalborg Food College, where he was responsible for 600 annual students and 80 employees, in various food educations. Alongside his position in Aalborg, Per was appointed the position of Team Manager for the National Culinary Team of Denmark in 2003, where his coaching led the team to several victories, including Olympic gold in four different categories, in 2008.

In addition to being the head of Culinary Institute by VejleErhverv, Per is a member of a large amount of associations and networks, with food and gastronomy as the fundamental topic. Among many, he is the former Vice President of the Culinary Competition Committee, WACS (World Association of Chefs Societies), where his involvement in the committee, awarded him the highest judge certification one can get, worldwide, in 2012. However, Per has, since 1991, participated as a judge in many Danish and international culinary competitions.

Read more about Per Mandrup at www.permandrup.dk or contact us and learn more about, how your company can be coached by a true culinary professional. 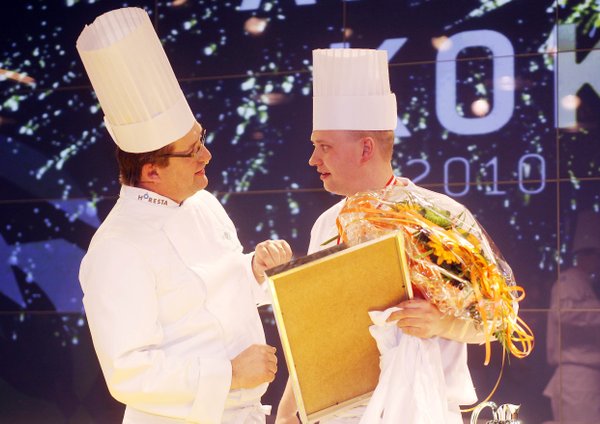 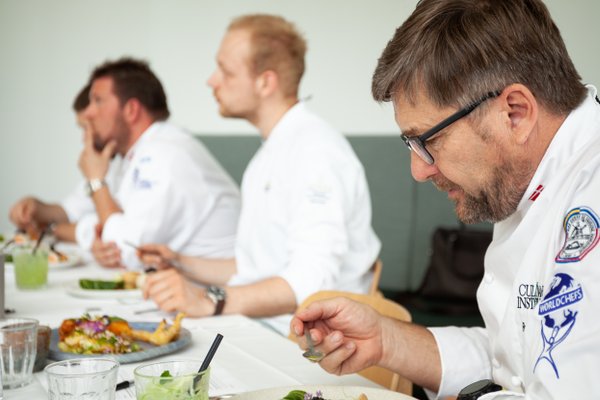 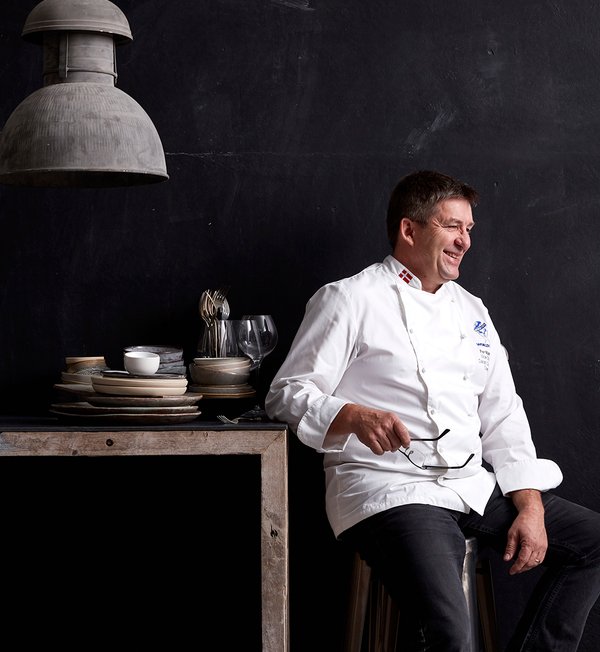 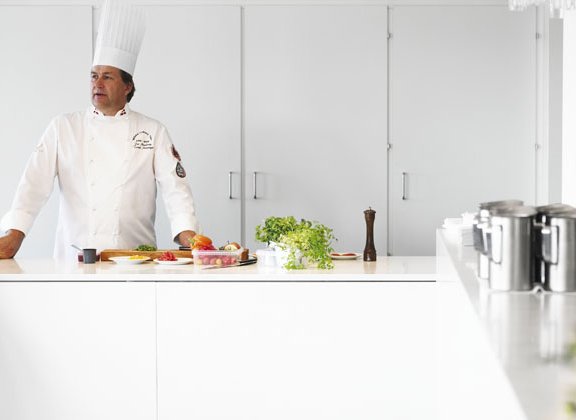 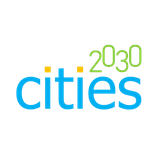